The Right Combination of Industrial Landscape and Talent to Succeed

As technology and innovation continues to have a greater presence and influence in every industry throughout the world, Los Angeles, one of the world’s LARGEST and most highly diversified economies, provides a perfect breeding ground for startups. Los Angeles continues to be a leader and epicenter of 7 major industries:

As a region, Los Angeles also graduates MORE engineers than ANY other US City through 25+ TOP engineering programs including those at:

There are endless reasons why Los Angeles is a great place for technology and innovation. Here are just a few more:

LA’s Tech Ecosystem by the Numbers 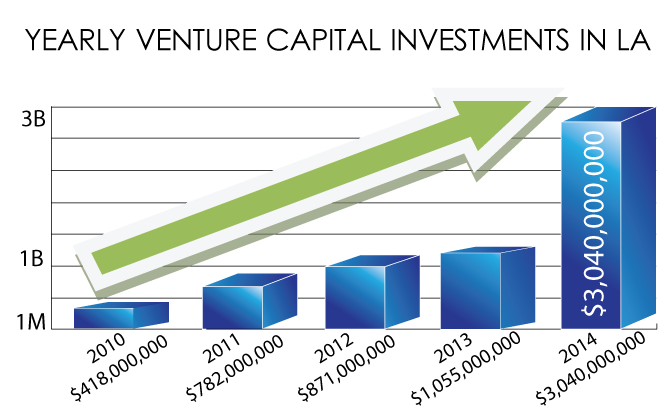 Just as Investments in LA Startup Companies are Growing, so too are the Returns